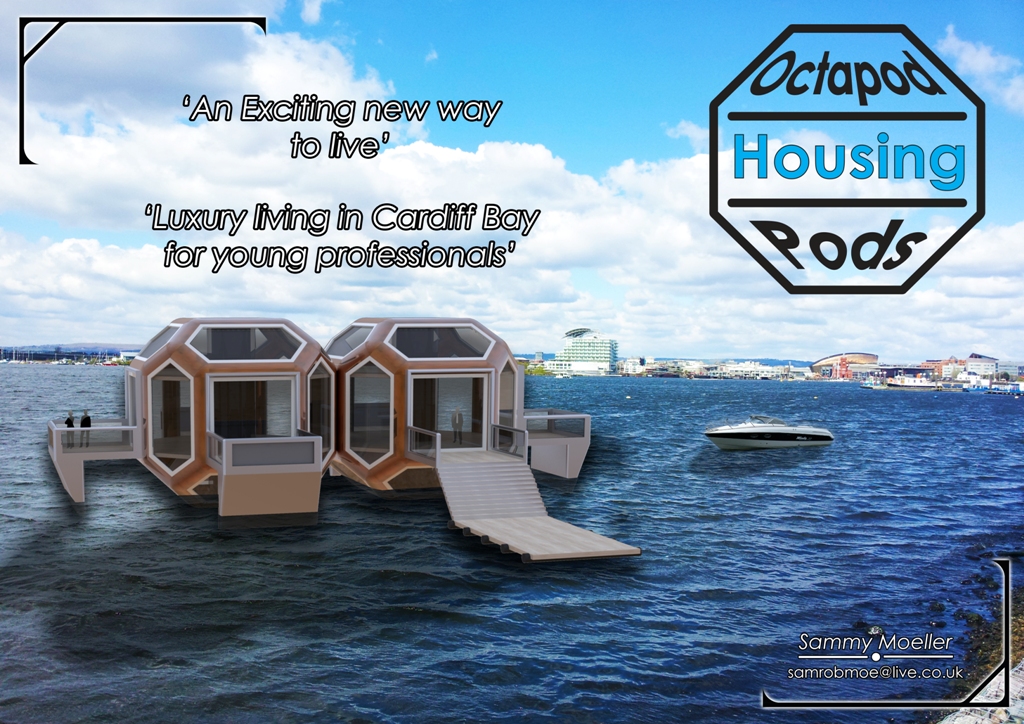 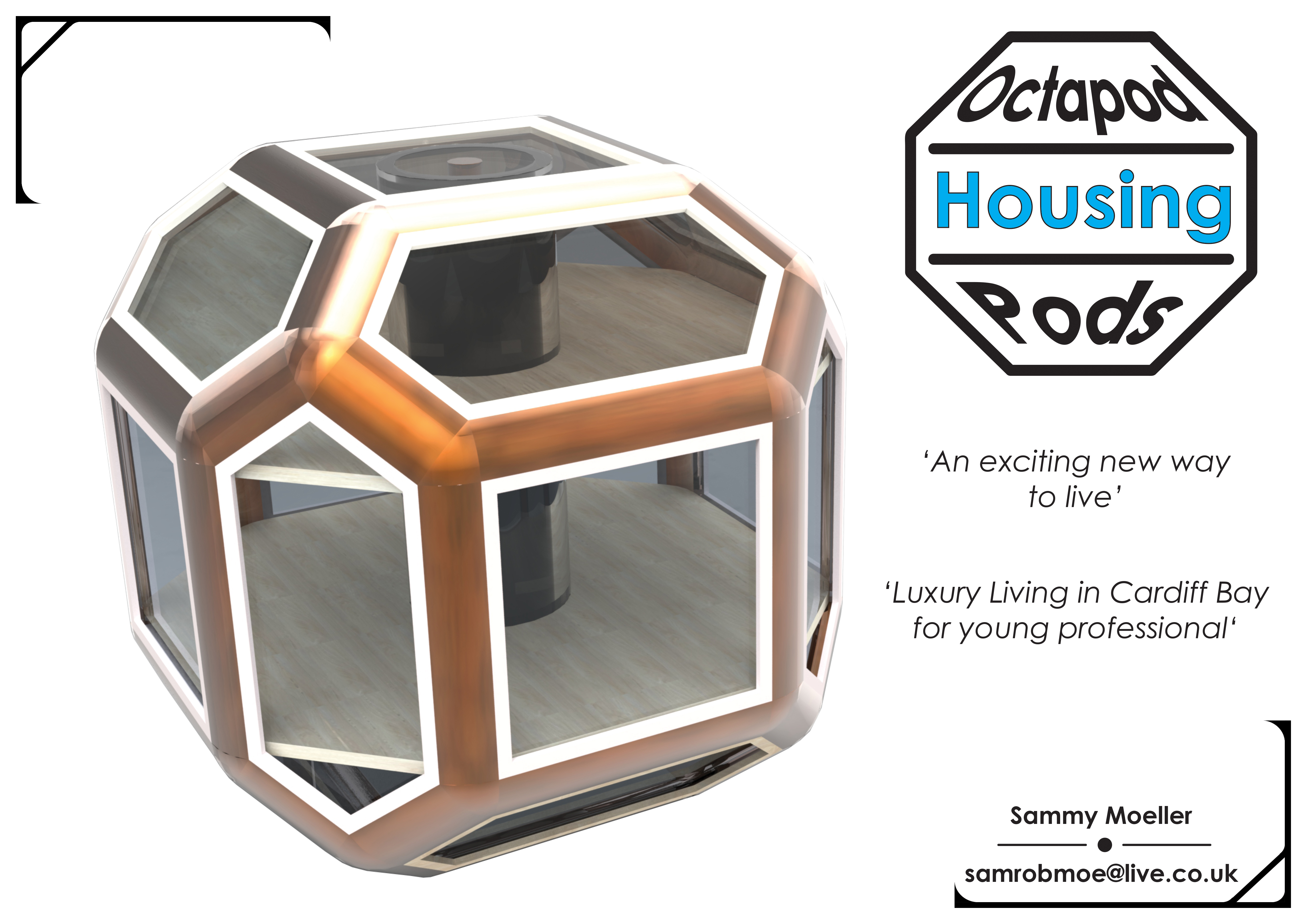 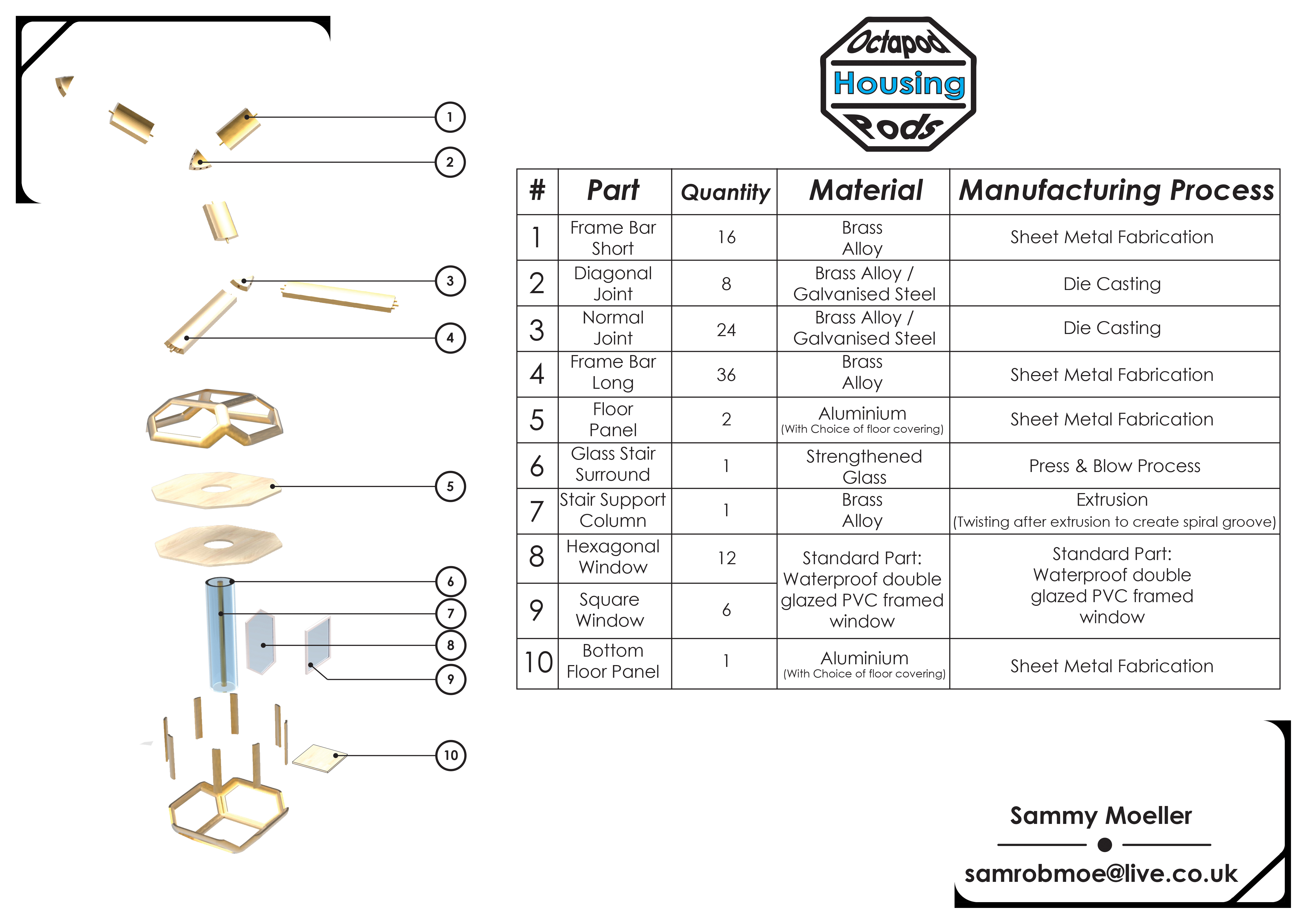 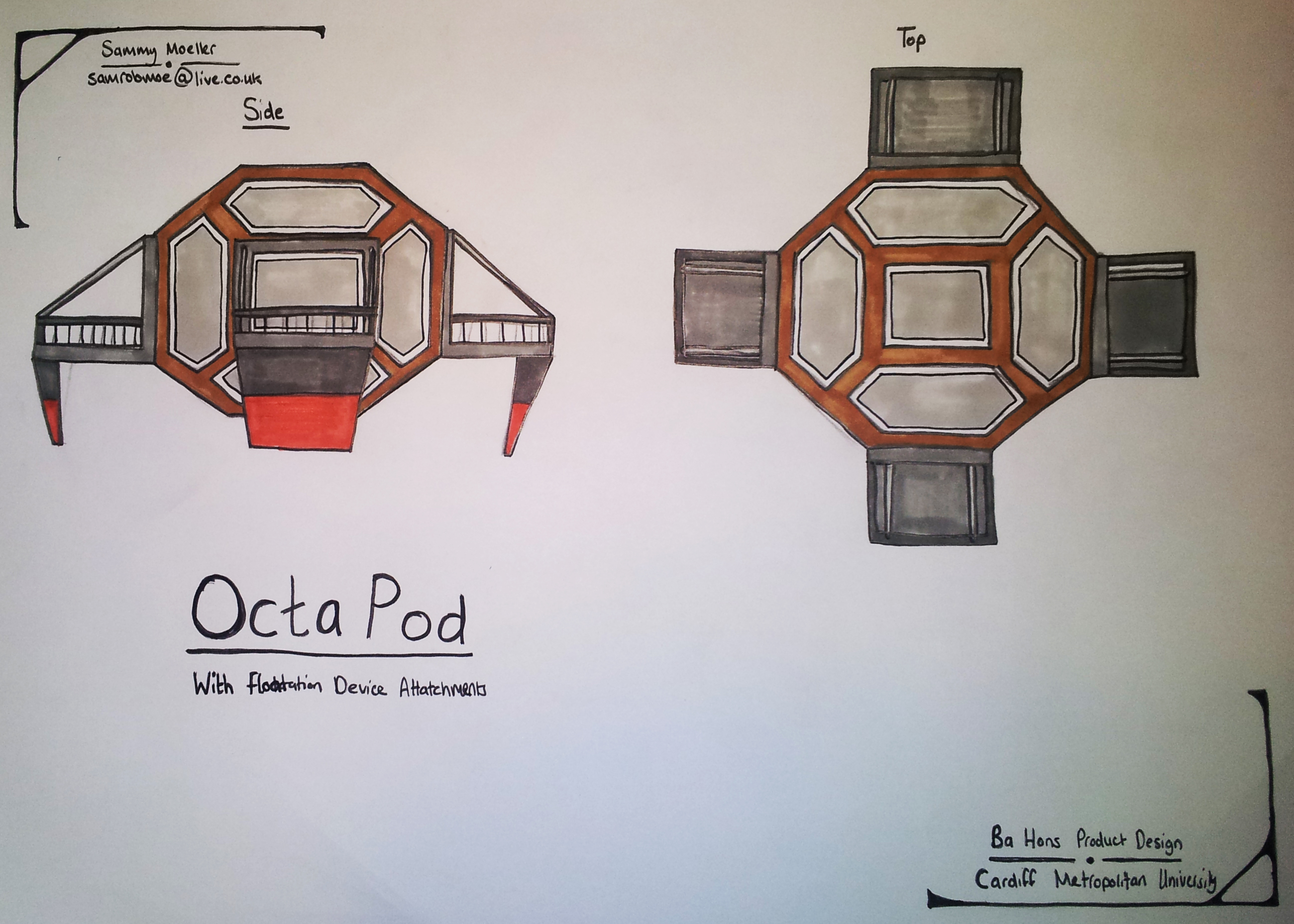 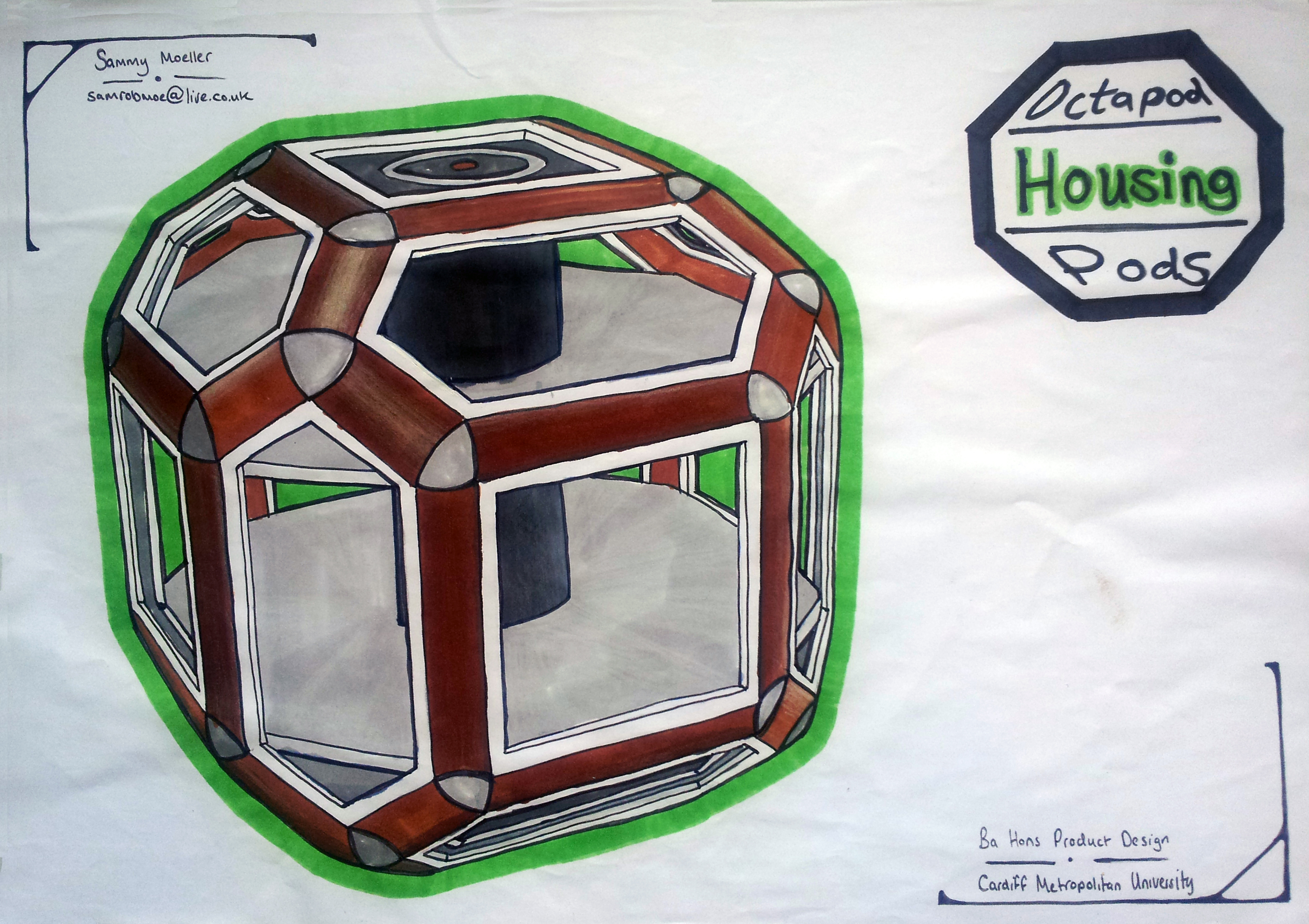 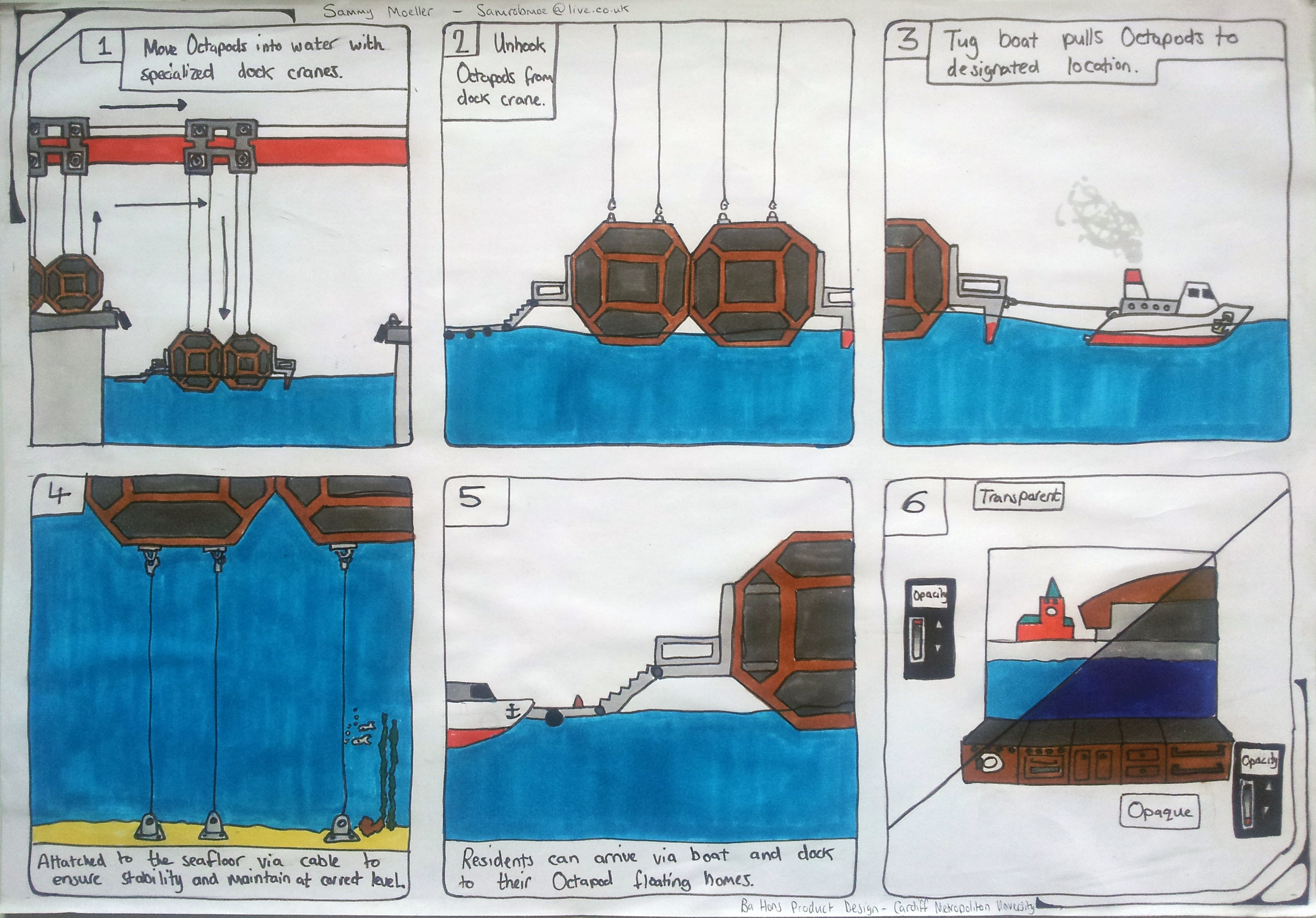 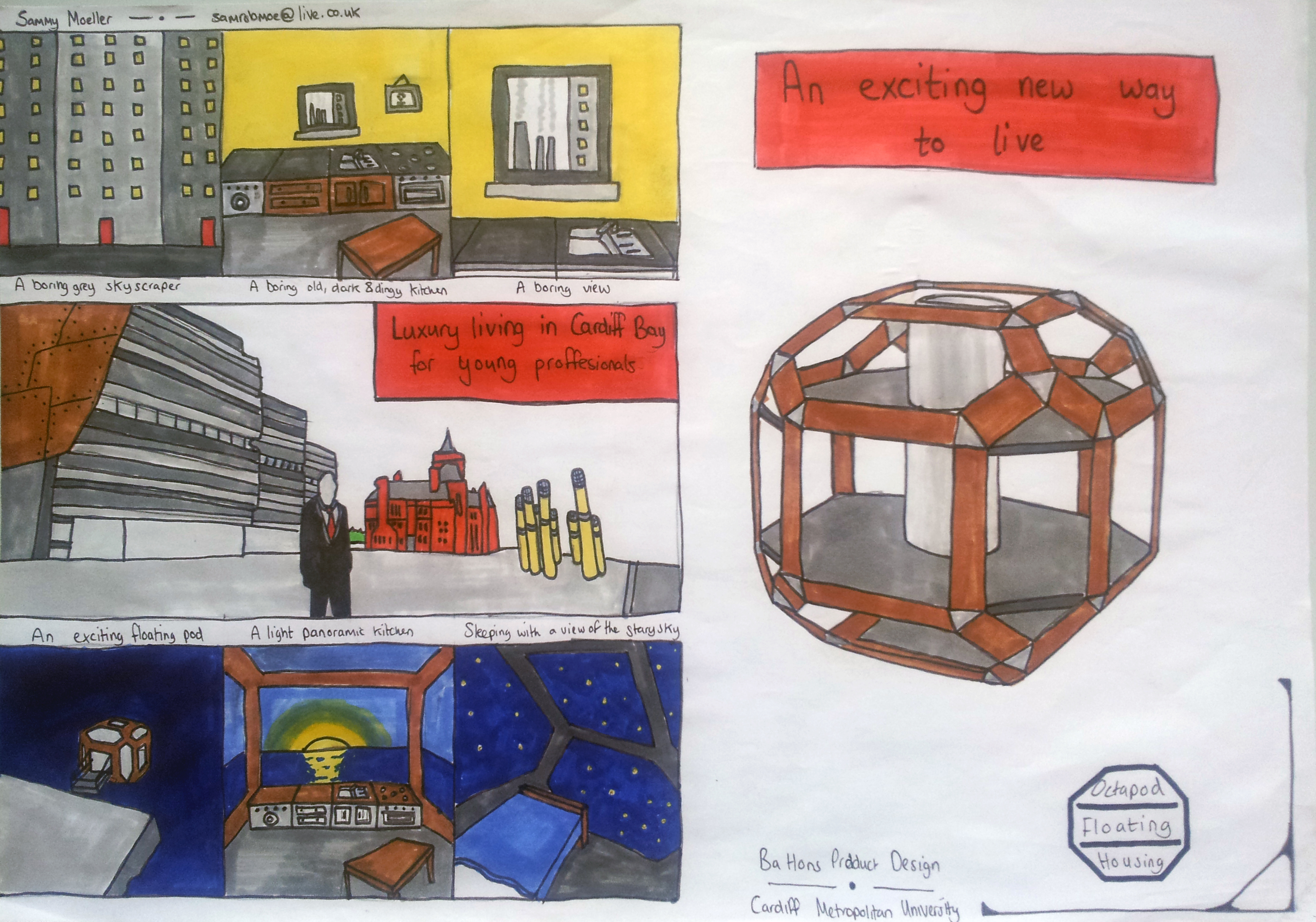 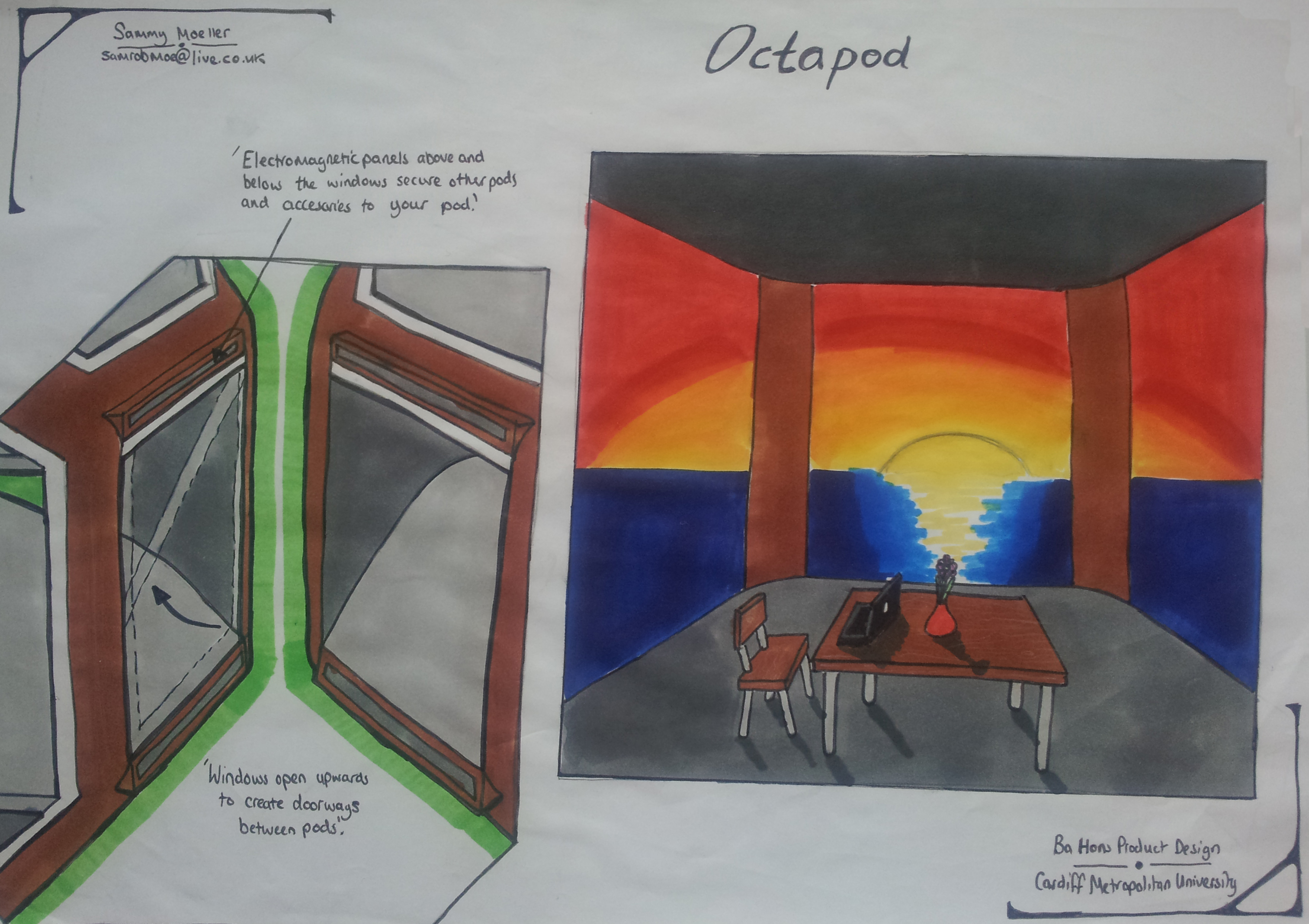 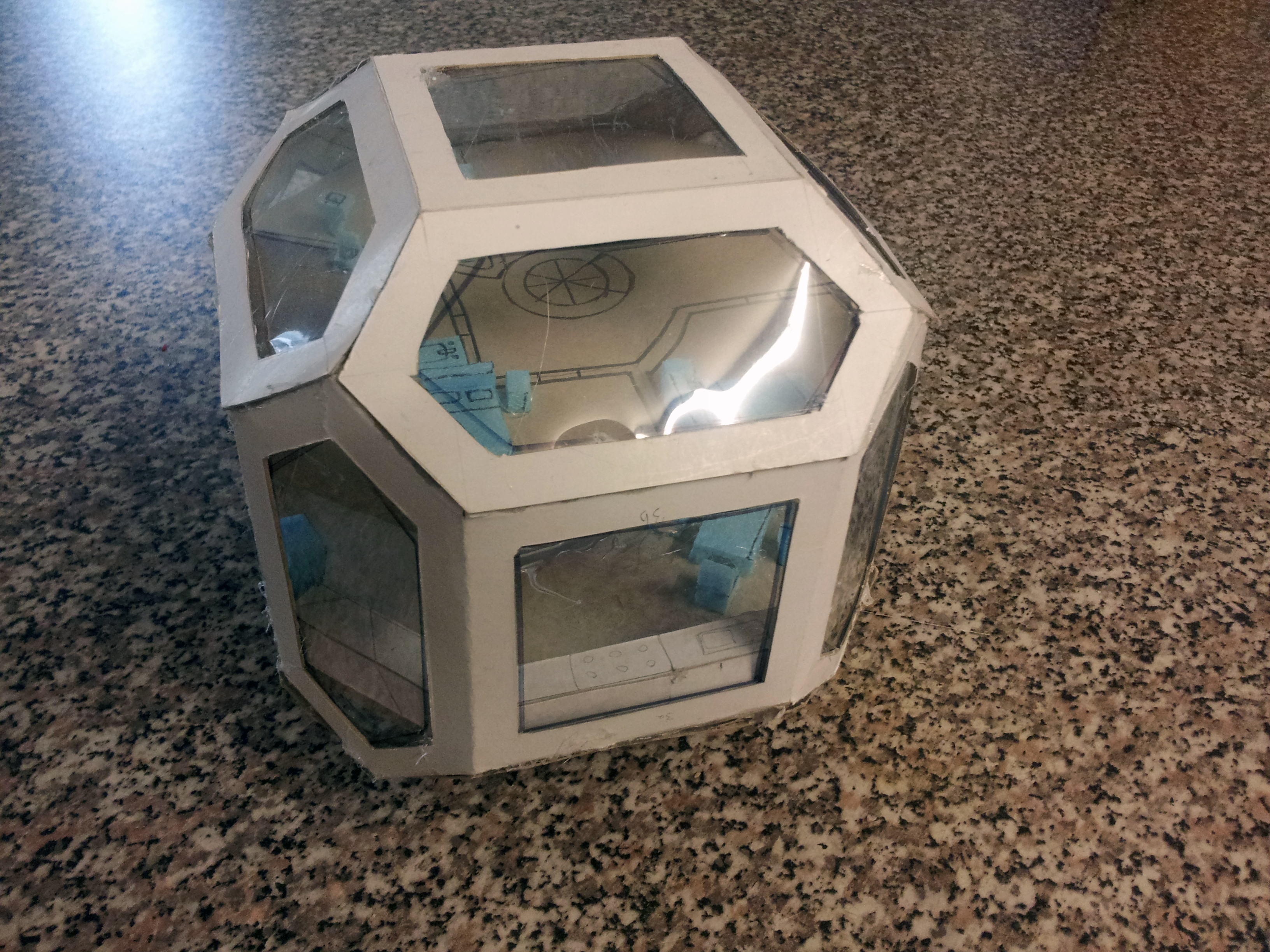 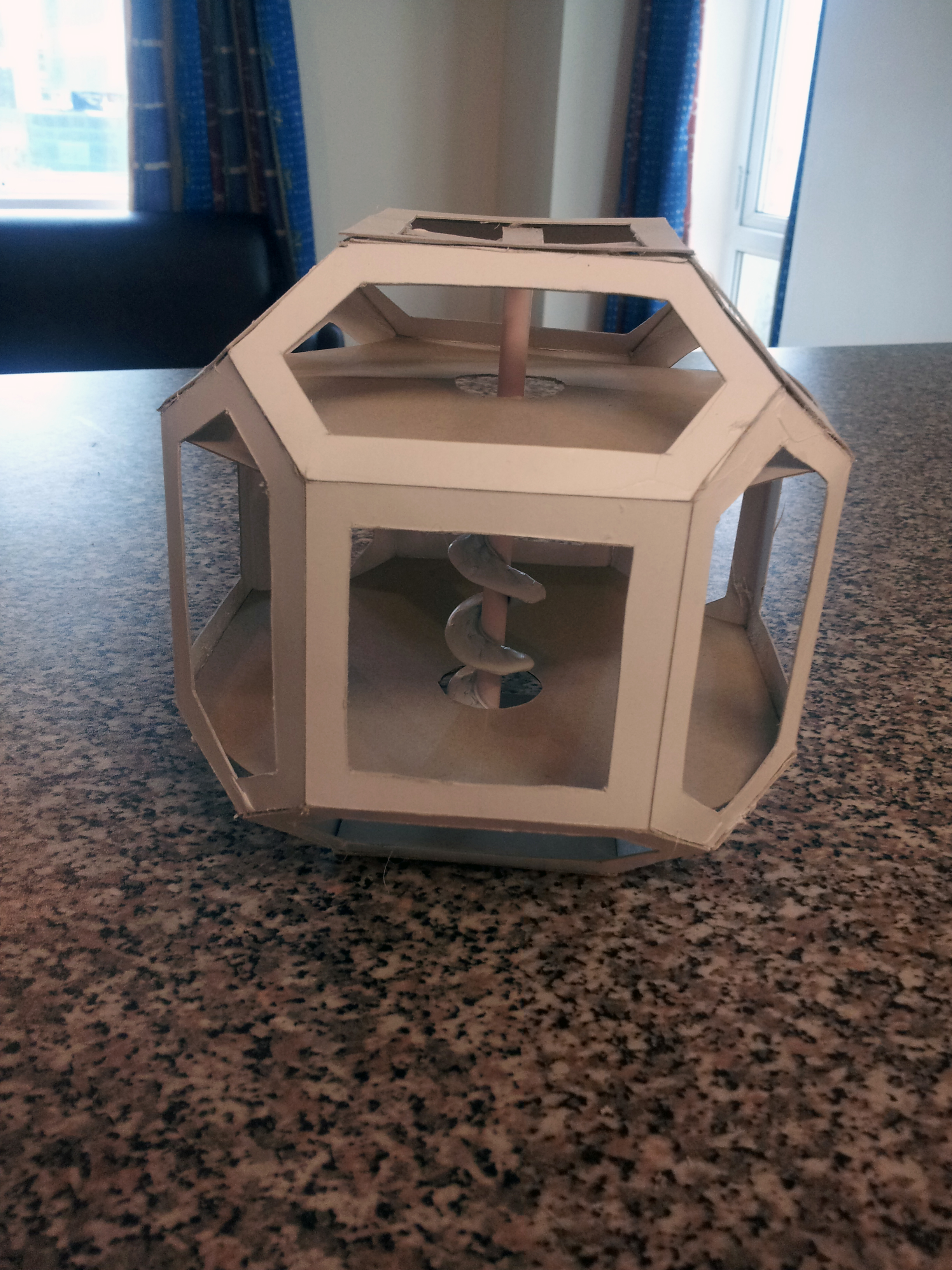 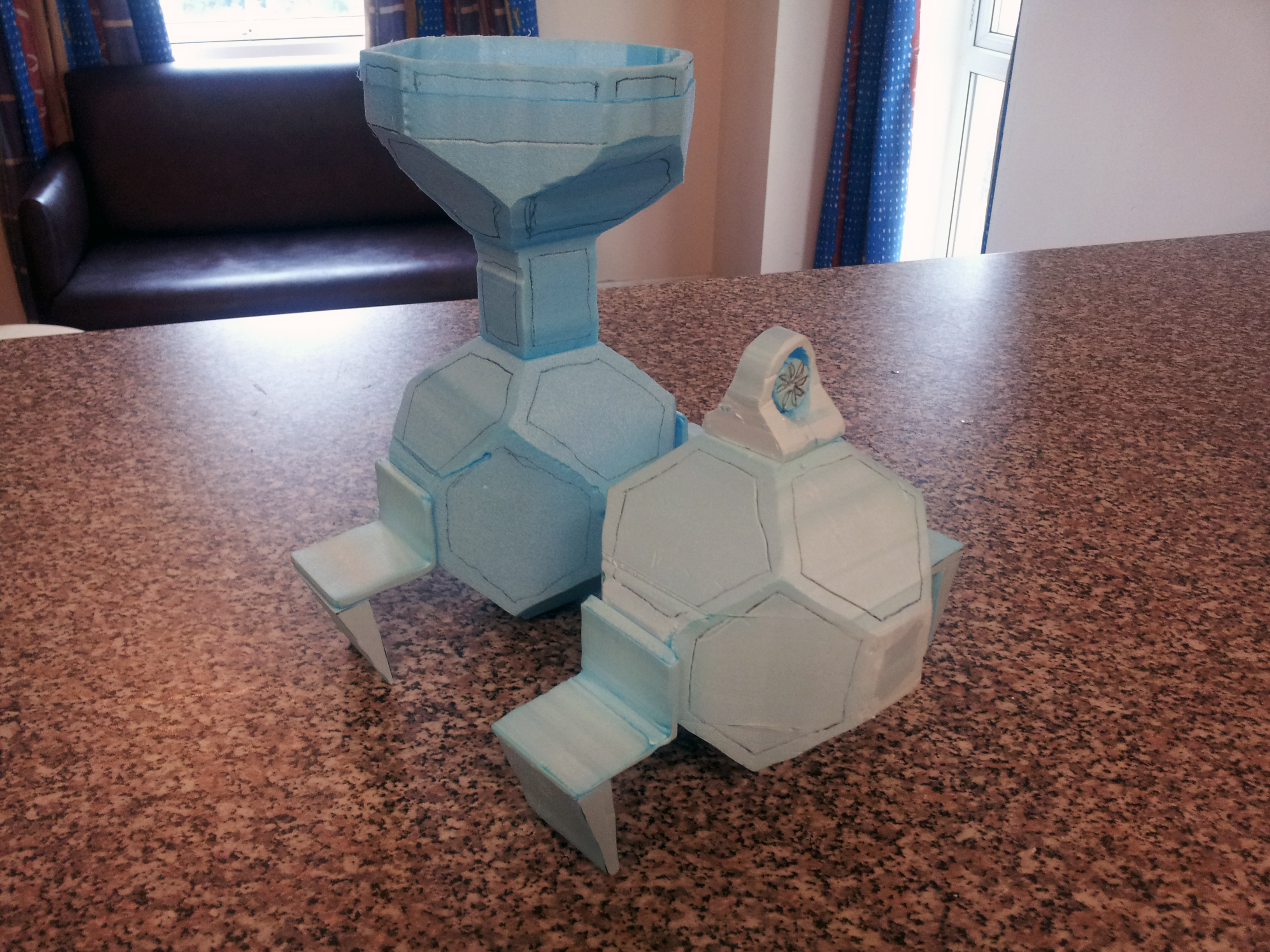 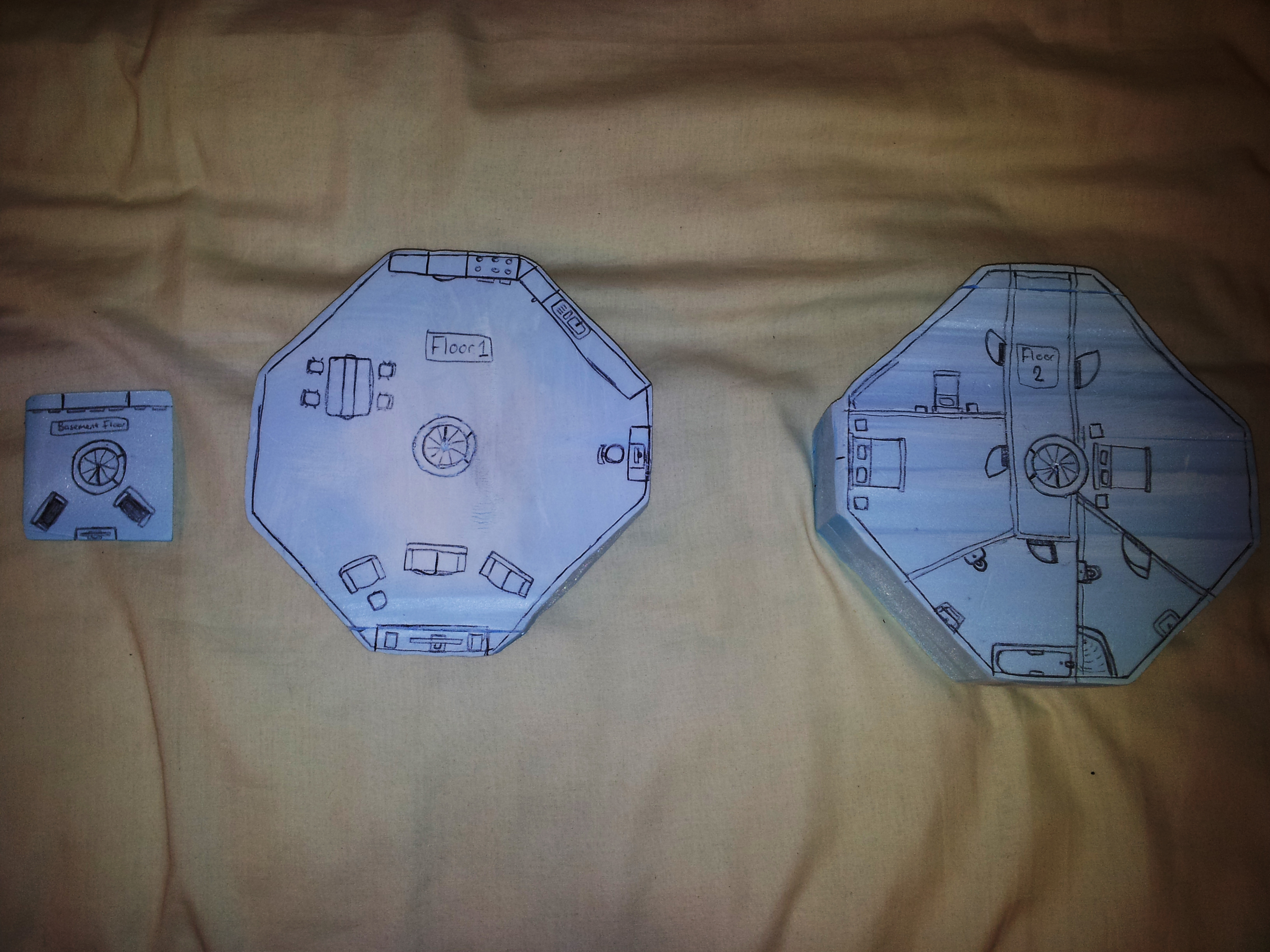 The Octapod Housing solution project originated as a First Year Product Design project which focused on the city of Cardiff. I turned my focus to housing in the bay and the rapid expansion of housing in the area, effectively creating a land grab scenario with as much land as possible taken up with new build apartments.

The idea has the ability to cover 2 very different scenarios; 1.As a housing solution for crowded cities with large bodies of water and 2. As a large scale disaster relief solution in the event of Earthquakes, Tsunamis and other natural disasters that hit cities by the sea.

The concept relies on a waterproof modular pod which can be expanded or supported with various add on modules such as a float that doubles up as a balcony, a roof terrace, a two boat berth or even a helipad. The pods are also designed to attach together in the event of a larger space being required.