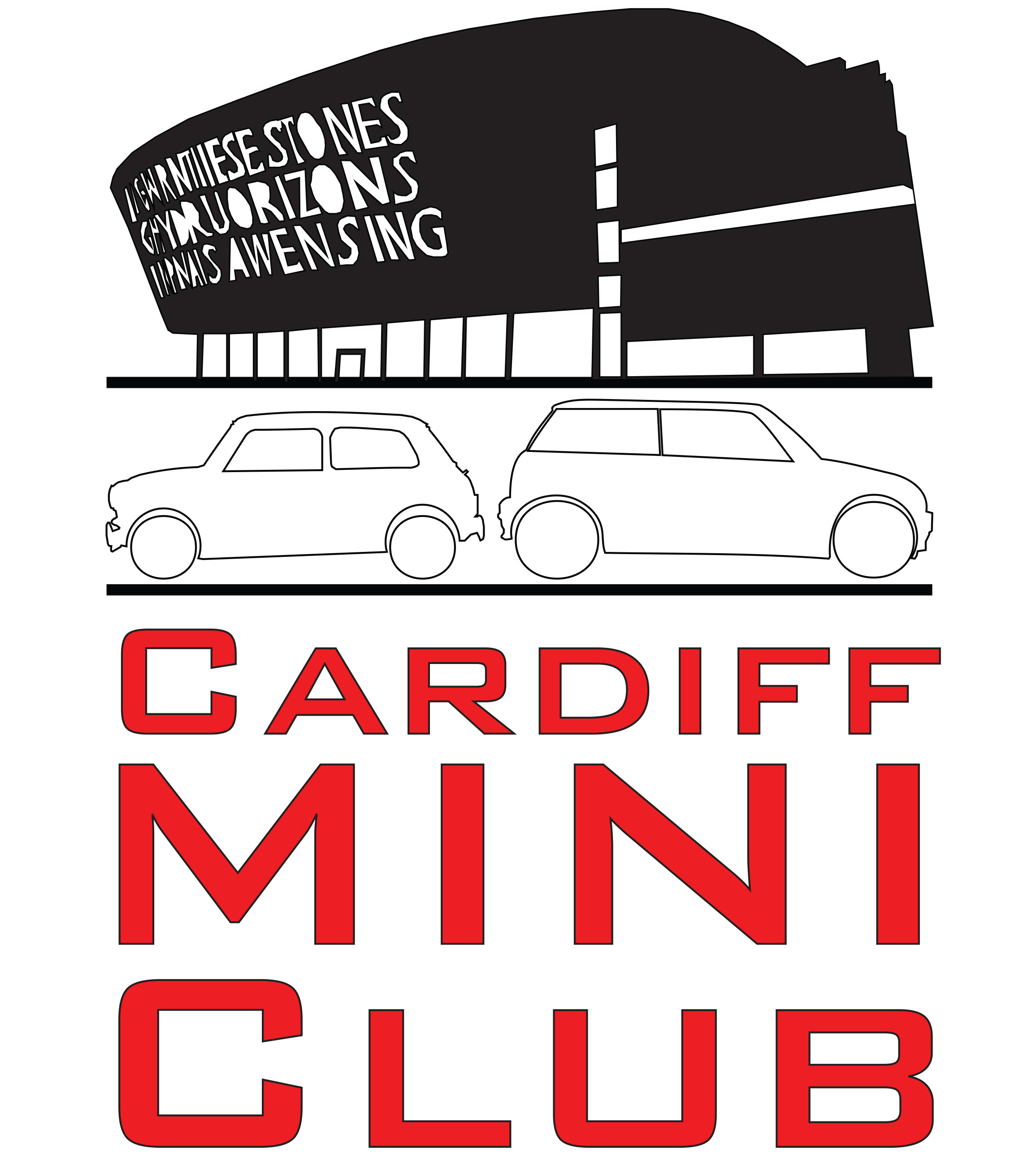 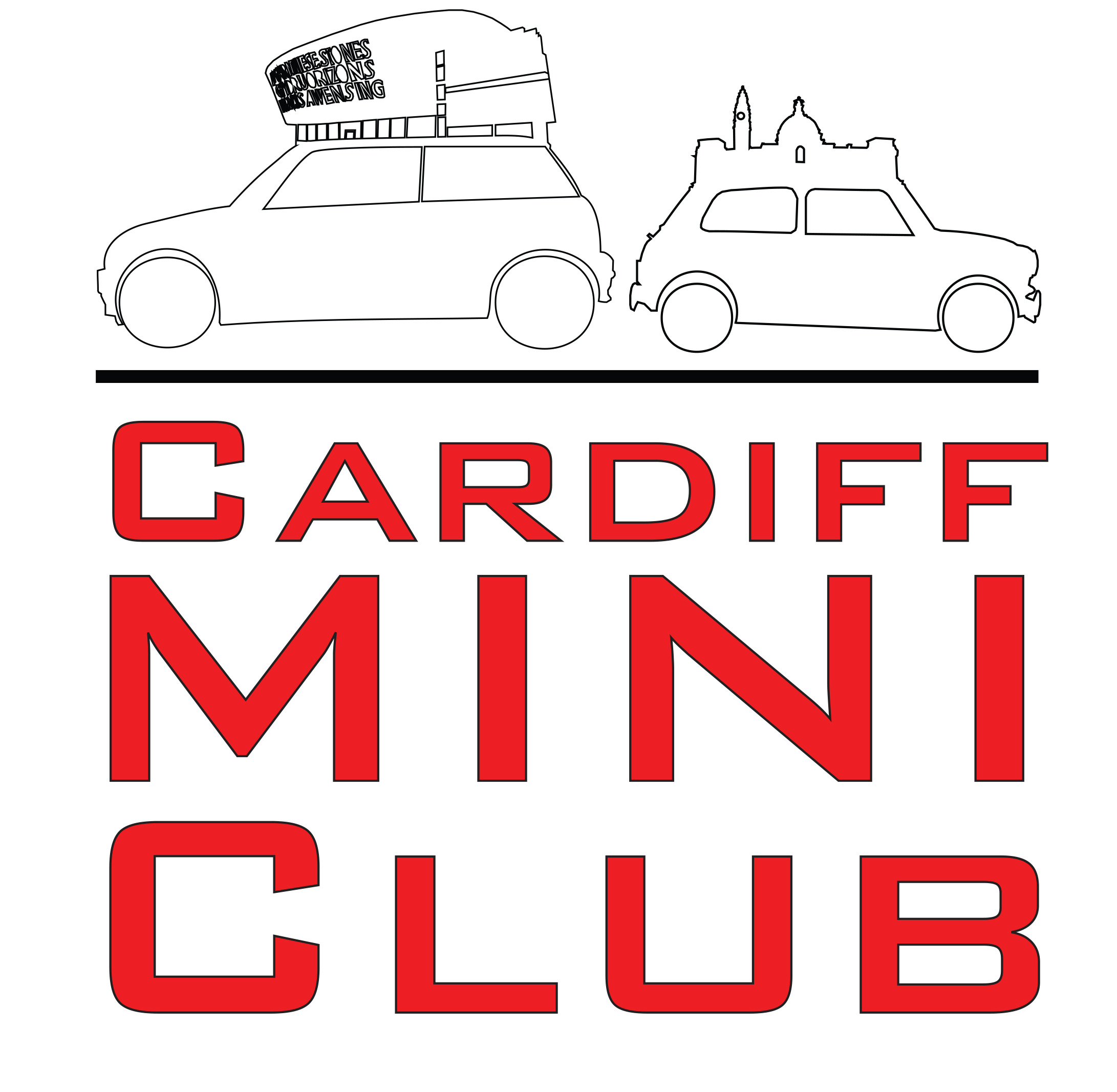 As a member of the Cardiff MINI Club, I decided to propose the idea of a new logo for the club.
I began with the creation of 4 different ideas which I presented at the club’s monthly meeting.  From there, the club voted on their favourite ideas via an online poll and a single design was chosen. I developed the logo based on feedback  from club members until I had a final design.
I have then helped with the production of club car stickers and the development of club flags.